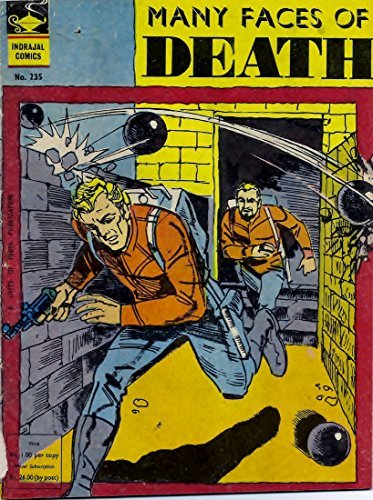 Published by the publisher of the Times of India, Bennett Coleman and Co, it produced about 805 issues from 1964 to 1990.

Major characters were syndicated from King Features, and included The Phantom (more than 50% of material featured the Phantom), Mandrake the Magician, Flash Gordon, Bahadur, Rip Kirby, Buz Sawyer, etc.. From 1964-1982, the issues were numbered linearly from 1-443. Issues No.123 and No.124 were not printed due to industrial strike.

To avoid confusion among Indian readers, there were some minor changes done to the name of the Phantoms location and some characters in stories published in Indrajal Comics. The term Bengali or Bengalla or Bengal was changed to Denkali and in some issues Dangalla as well. This was since there is a state called Bengal in India and this may lead the readers to wonder about the Pygmy people that dont exist in Bengal.

The series was variously published as a weekly, monthly and fortnightly.

Apart from English, Indrajal Comics published the stories in at least a dozen other Indian languages including Hindi, Marathi, Bengali, Tamil and Kannada.

To see what your friends thought of this book,please sign up.